Learn how the merger of two major companies could improve or disrupt commercial real estate markets throughout the U.S. in this week’s blog. 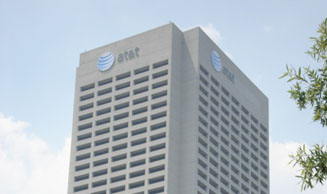 Experts and commercial investors anticipate the recently approved $85 billion merger of AT&T and Time Warner to make big waves in the commercial real estate market, though it is unclear whether for better or worse as the company consolidates. While previous deals that stalled due to the announcement of the merger may become active again, many in the industry expect disruptions as the conglomerate seeks to eliminate redundant staffing and office space.

Markets in places like Los Angeles and Atlanta where AT&T and Time Warner have a significant presence are expected to be especially affected, as the merger could produce one of the biggest private office tenants in the country, occupying millions of square footage nationwide.

Similarly in Atlanta, Time Warner’s CNN and other Atlanta-based networks take up 1.6 million square feet in the downtown and midtown areas. Each of the properties is owner-occupied by Turner Broadcasting System (TBS).

The merger, however, with undoubtedly result in redundancies resulting in downsizing and reallocation of staff and office space. In 2017, AT&T reported that it was relocating its entertainment group and several hundred administrative personnel from Atlanta to Los Angeles and Dallas offices.

With plans to leave the AT&T Midtown Center and twin towers at Lindbergh, as well as offices in Lenox Park by 2020, jobs and real estate may take a blow in Atlanta.

Should AT&T choose to move the Atlanta-based networks or cut staff, brokers anticipate large blocks of space hitting the market. The Midtown office market could be especially susceptible due to developers planning and beginning multiple new speculative office towers. When the projects were originally conceived, they may not have anticipated AT&T's Techwood Campus buildings becoming available as multi-tenant rentals.

Overall, investors remain positive that recent corporate mergers are a step in the right direction for legacy companies. In fact, media takeover-targets have had dramatic increases in shares resulting from speculation of more mergers in the near future, according to Bloomberg.