Manufacturing Reshoring on the Rise for American Companies in China

As the benefits of moving operations overseas dwindle, American companies are reminded that there is no place like home. 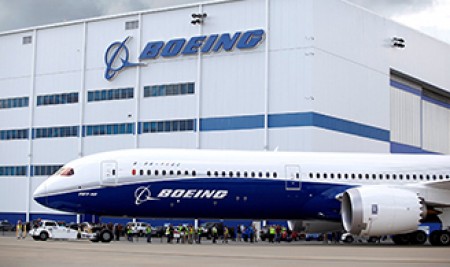 One of the biggest issues in U.S. economics to the lament of American workers is the loss of jobs to foreign workers. Companies have spent decades producing goods at greatly reduced costs in countries like China to increase their bottom line, but times are changing.

The U.S. Bureau of Labor Statistics reports that since 2010, almost one million manufacturing jobs have returned to the United States. While the impact of tariffs and the ongoing trade war with China have played a role in reshoring, other factors such as the gradual rise in Chinese wages, consumer affinity for products “Made in the USA,” shorter times to market, manufacturing automation, and improved quality control, paired with lower U.S. corporate taxes, import regulations, and risk of intellectual property theft have all contributed to the growing trend of U.S. manufacturing operations returning stateside.

Some companies are discovering that it is no longer more cost effective to make products overseas due to factors like rising labor costs, international transportation and distribution of goods, and merchandise returns, prompting an increase in reshoring over the past decade.

However, while manufacturing is returning to the U.S., the job opportunities available have changed. Automation has largely eliminated the need for traditional factory workers and is instead attracting educated tech professionals, such as engineers and software developers to oversee operations and maintain equipment.

If cities want to attract new companies and jobs, they have to create a pro-business environment that caters to the needs of the manufacturers. When choosing locations, companies evaluate factors such as labor costs, local and state tax incentives, a skilled or trainable workforce, distance to ports and existing infrastructure.

Areas such as South Carolina, Texas, Alabama, the Southeast, and the Midwest Rust Belt states are experiencing a boom in relocation of manufacturers, adding thousands of jobs and stimulating economies.

Several large plants have opened in South Carolina, including BMW and Toyota which employ over 10,000 workers, a Michelin North America Inc. plant providing jobs for more than 4,000 employees; Tokyo based Toray Industries Inc., which produces parts for Boeing 747s and invested $1 billion in a facility with 500 employees; and Adidas America Inc., which employs 2,600 area workers.