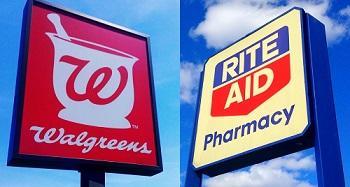 It appears Walgreens will be executing a backup plan to buy and rebrand 2,186 Rite Aid stores after their planned merger ended due to concerns that the Federal Trade Commission would not sanction the deal. Walgreens Boots Alliance Inc. will instead spend $5.18 billion to acquire and rebrand the stores.

Estimated to be worth $12.4 billion to $13.4 billion, the planned merger was made public in October 2015, and revised in January of this year to include the sell of some stores to Memphis, TN-based Fred’s, Inc to avoid potential antitrust claims.

Rite Aid released a statement that the FTC provided information that "led the company to believe that the parties would not have obtained FTC clearance to consummate the merger."

As a result of the failed deal, Walgreens (Nasdaq: WBA) will compensate Rite Aid with a $325 million termination fee. Fred’s will also be paid back $25 million to make up for expenses related to the deal.

While Michael K. Bloom, Fred's Inc. CEO called the failed merger a "disappointing outcome," it would not affect the company’s "transformation strategy" or implementation capabilities. Bloom stated, “While the acquisition of additional stores was an opportunity for growth, we always viewed it as a potential outcome that would accelerate our transformation, not define it.”

Once the new transaction is finalized around the beginning of next year, Walgreens will begin converting the purchased Rite Aid locations into Walgreens stores.

While the failed merger was costly for Walgreens, the company anticipates $400 million in cost savings in approximately three to four years once the transaction is complete.

Stefano Pessina, Walgreens Boots Alliance Executive Vice Chairman and CEO stated that the new plan, "will allow us to expand and optimize our retail pharmacy network in key markets in the U.S., including the Northeast, and provide customers and patients with greater access to convenient, affordable care. Pessina also remarked, "We believe this new transaction addresses competitive concerns previously raised with respect to the prior transaction."